Confessions of a Comic Book Guy – And the Oscar goes to…

Confessions of a Comic Book Guy is a weekly column by Steve Bennett of Super-Fly Comics and Games in Yellow Springs, Ohio. This week, Bennett talks about the Oscars, Rabbit Samurai: The Usagi Chroniclesand more on MST3K’s upcoming S13.

I didn’t watch the Oscars this year, for the same reason I don’t watch most years; I have no interest in seeing celebrities dress up and have rarely, if ever, seen any of the nominated films. Except, oddly enough, this year I managed to see three of the nominees for Best Animated Feature, Encanto, Lucas and Mitchells against the machines. And, while I loved each of those films, Encanto was my favorite (see “Missing The Mouse”) and had to agree with the Academy of Motion Picture Arts and Sciences that Encanto deserved the win. 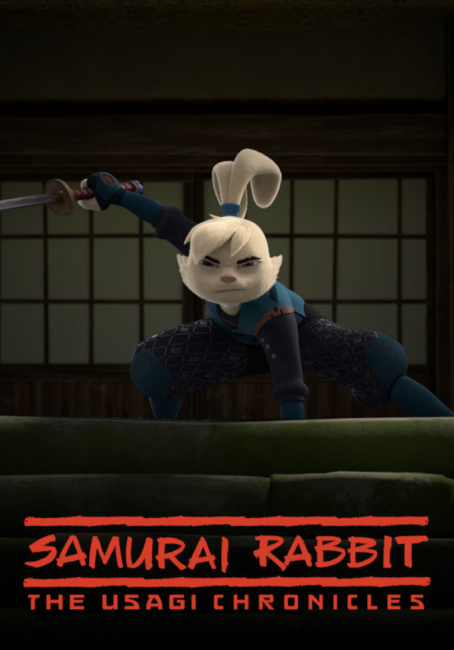 Although many people probably only know Stan Sakai Usagi Yojimbo sporadic appearances of the character in episodes of the Teenage Mutant Ninja Turtles or the occasional action figure, I followed Sakai’s Incredible Usagi comics for decades now. So I was delighted to discover that Rabbit Samurai: The Usagi Chroniclesan animated series based on Usagi Yojimbo, was coming to Netflix on April 28 (see “Netflix Drops Two Comic-Based Series”). The principle of the series of 10 episodes is as follows:

“Rabbit Samurai: The Usagi Chronicles follows the teenage bunny, Samurai Yuichi, descendant of the great warrior Miyamoto Usagi, on his epic quest to become a true samurai. But he is not alone ! He leads a ragtag team of misfit heroes – including a mischievous bounty hunter, a cunning ninja, an acrobatic pickpocket and a loyal pet lizard – as he battles depth-charging moles, metal-tipped winged bats and monsters from another dimension, all in the pursuit of becoming the best Usagi samurai!”

so called Sakai is “deeply involved in Samurai Rabbit: The Usagi Chronicles, and has been quoted as saying ‘I approve of everything.’ So naturally I’m looking forward to this series, even though at first glance it seems to veer uncomfortably far from Netflix’s. Muscleman and the masters of the universe. I’m notoriously picky when it comes to CGI, but everything I’ve seen from the series so far is both engaging and wonderfully fluid.

I regularly report on the upcoming season 13 of Mystery Science Theater 3000 (see “This Week In Stuff”), what little there was to report anyway. For a very long time, all fans had to do was incremental development, delivered via occasional Kickstarter updates. But on March 23, they finally announced that May 6 would be the opening day of the Gizmoplex, the MST3K streaming platform. They also included a schedule for the release of new episodes and a breakdown of the ticket price structure. 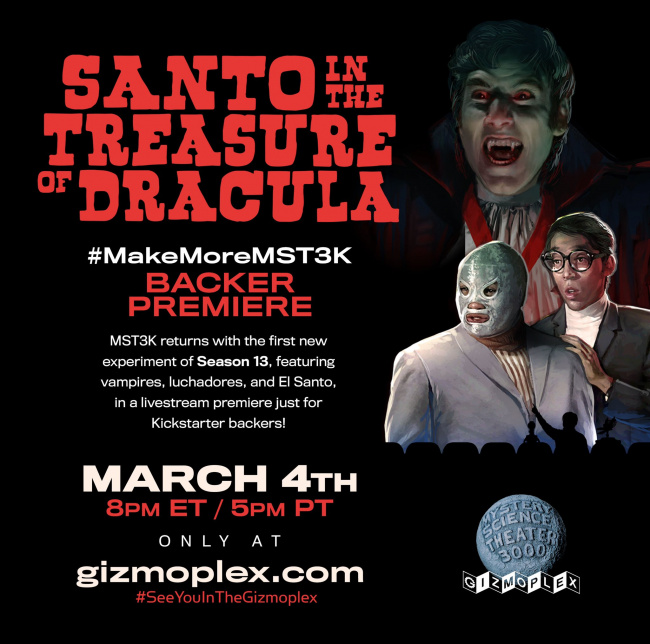 On May 6, they will broadcast the first official broadcast of the first episode, Santo in The Treasure of Draculawhile on May 7 they will air the episode Beyond Atlantis. After that, the Gizmoplex will release new episodes every two weeks on Friday with tickets to the shows’ live premiere priced at $10. Those who don’t want to see the episodes when they premiere can rent each new episode for $8, or for $135 get a Gizmoplex Member Season Pass that grants you access to all new MST3K content for 12 months.

The opinions expressed in this column are solely those of the author and do not necessarily reflect the views of the ICv2.com editorial team.