EXCLUSIVE! IDW reveals the cover of the second issue of CRASHING!

Thanks to IDW and writer Matthew Klein, Comic Watch has exclusive coverage for the second issue of the all-new (and amazing) CRASHING miniseries!

Crashing is a fun mix of medical drama, superheroes and mystery! It’s like The Boys, House and Sopranos all rolled into one! Crashing follows Rose Osler, a medical specialist. His goal ? Patients with superpowers!

The first issue comes out in September, the second the following month. Number two has some amazing covers, from some very talented people! We also have exclusive cover quotes from writer Matthew Klein!

“Morgan’s cover is one she doesn’t know yet but I will absolutely try to buy. It sells the threat of our big bad and also encapsulates Rose’s vulnerability under her gaze. As this issue focuses about their relationship and the toll it will have on everyone close to them, Triona Farrell’s colors do a masterful job of conveying the feeling of impending danger. It’s a chill bit in the best way! 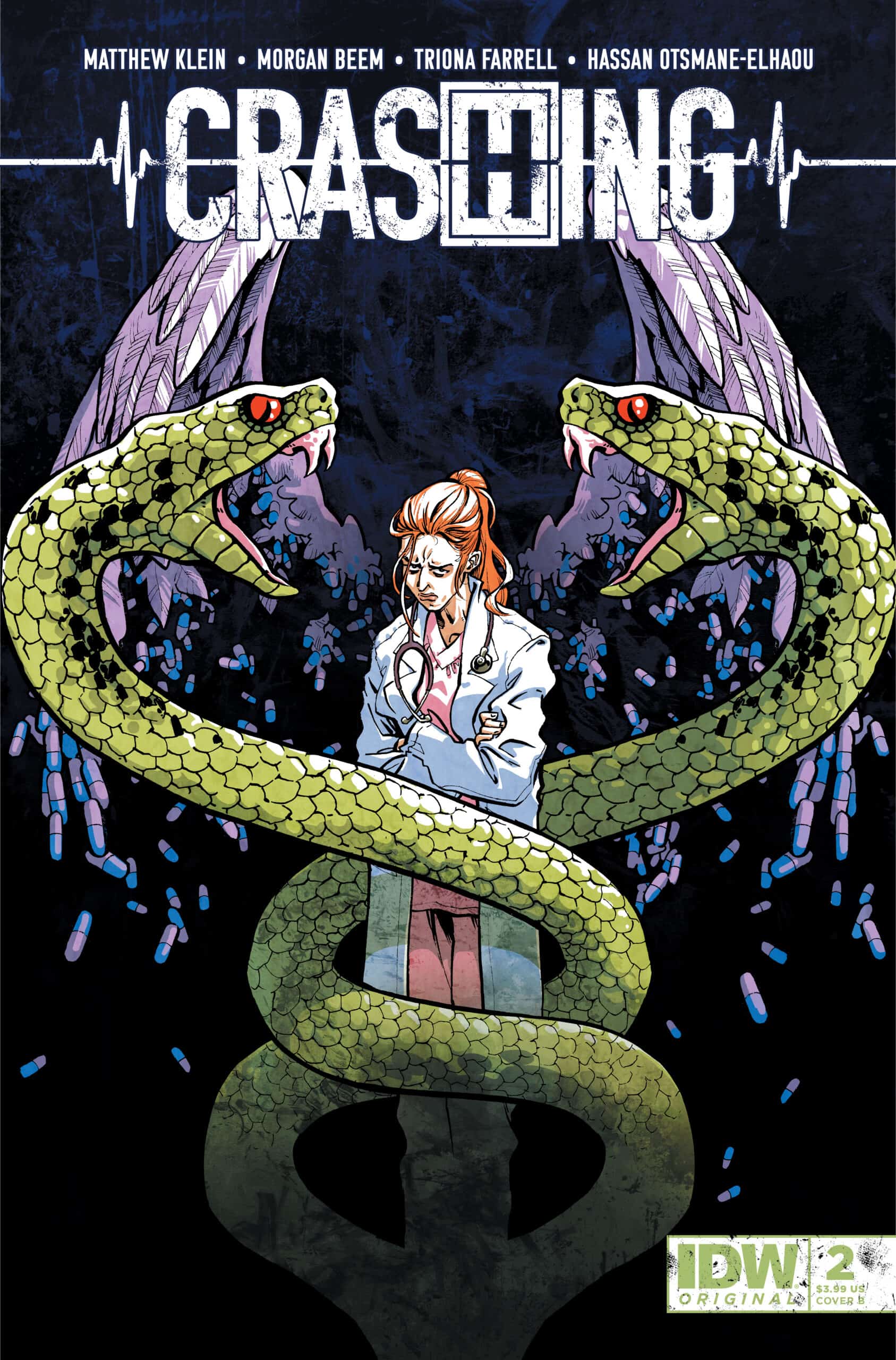 “Ilias’ piece focuses so much on Rose’s inner conflict with this beautiful composition. Rose’s sense of being trapped by the limitations of her profession as a doctor and using that as justification for neglecting her own needs is truly perceptible. 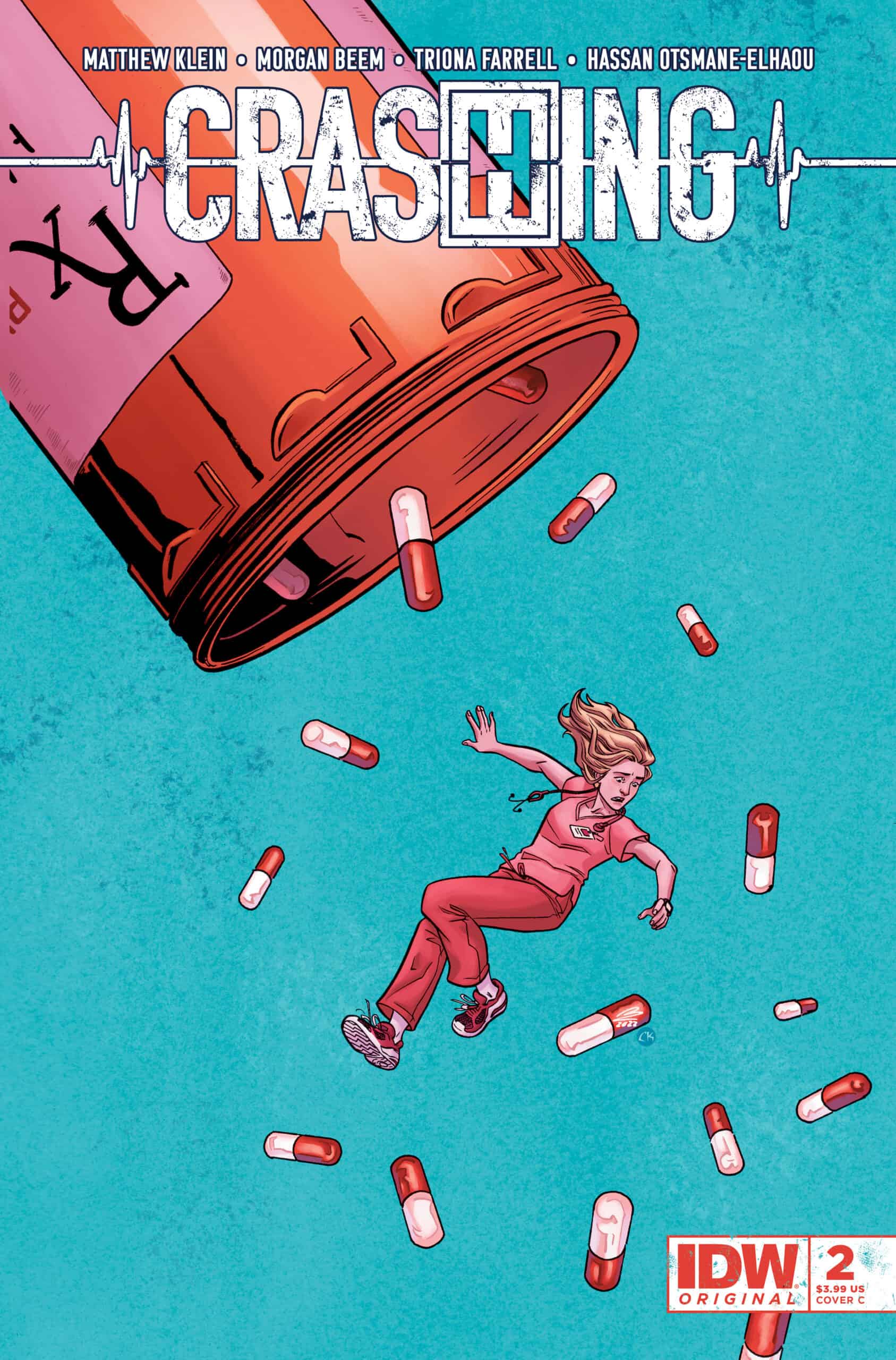 “So you’ve got Megan’s showstopper! Immediately when this sketch landed in the entire team’s thread, there was a streak of stunned excitement. I love it. As we describe Rose’s journey at this point as the start of his fall from grace, it really distills that into a powerful picture.

I want to thank IDW and Matthew Klein for the chance to show off these awesome covers!

Here’s the solicitation for issue two of CRASHING:

Doctor Rose Osler must save the life of Boston’s most feared supervillain. Except that saving his life could cost him his own. Meanwhile, her husband’s Anti-Powered Legislation is gaining traction! As the pressure mounts, will Rose’s one-time relapse become a fall from grace? The downward spiral continues!

Be sure to pre-order issue two and pick up issue one in September!

EXCLUSIVE! IDW reveals the cover of the second issue of CRASHING!