No: Don’t Look Up – Comic Watch

Nope, Jordan Peele’s latest horror film (now available on demand), centers on the Haywoods, a family of Hollywood animal trainers who own a rural ranch outside of town. When their father dies from mysterious debris falling from the sky, his children must try to keep the business going. Six months later, Otis Junior (Daniel Kaluuya), OJ for short, and his sister Emerald (Keke Palmer), experience unexplained power fluctuations and see something strange that makes them think they’ve been visited by a UFO. . The duo believe this is their chance to get out of their financial straits by obtaining the first real evidence of an alien. With the help of a Fry’s Electronics installer named Angel (Brandon Perea) and cinematographer Antlers Hoist (Michael Wincott), the team set a trap to try and lure the UFO out into the open. to film it. Will they all survive? Will they have their photo? Plug into knowledge!

The film has good performances, Keke Palmer as Emerald (Em) is energetic and exuberant, with a type of manic energy, which can be a bit overwhelming for both her brother and the audience. Brandon Perea also does a great job as Fry’s salesman and installer who gets involved in the quest for a picture of the brother. He acts almost like a conscience, reminding the team that what they’re doing isn’t just for monetary gain but could help save lives. Michael Wincott’s character speaks in a kind of cryptic poetry that is both vague and a little disturbing to others. Her deep, rich voice adds weight to her lyrics and adds to their mystery. Steven Yeun, plays Jupe, a former child star who was traumatized by an animal attack on the set of a sitcom he starred in, and now, as an adult, is using that event for financial gain. Daniel Kaluuya, plays OJ as the strong stoic hero who doesn’t really know how to express his feelings through words. He does an adequate job of using body language to convey some emotion, but in reality his performance was a bit bland and underwhelming. 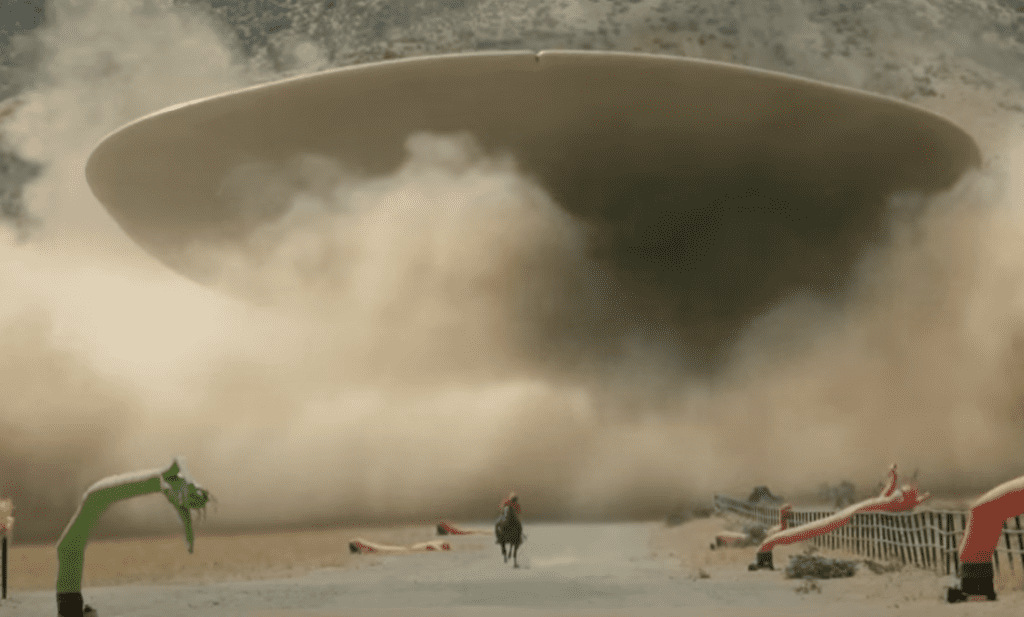 In fact, the whole movie seemed bland to me. Maybe he had more “oomph!” on the big screen, but watching it on my TV, it felt like nothing really happened until the end of the movie. The themes that Peele was trying to explore never fully realized for me. Primarily, the exploitation of tragedy for money and the corporate addiction to spectacle at all costs, while prominent in the plot, are overshadowed by the lackluster narrative. I enjoyed the visual effects and creature design and how the plot twisted slightly to give us something different from just a flying saucer. While there’s nothing really bad about the movie, it just didn’t grab me and honestly, I was bored.