Grand Theft Auto is undoubtedly one of the most beloved game series in the world. After all, Rockstar has worked tirelessly to make this title a fan favorite.

Every game has bits and parts where fans develop differing opinions between them because only a handful of them like it. However, there are some things about a game that fall into the most liked category because users like them the most. Such was the case with GTA’s KFC replica, Cluckin’ Bells. Fans have always wanted this place to become real, as they wanted to taste their delicious food. So, after years of prayer, a small company has launched a veritable Cluckin Bells, calling on all GTA fans to have a taste.

The Comicon 2022 edition was a big hit as fans discovered some of the most interesting things. However, of all the stalls they visited, they remained jolted around one. After all, they couldn’t believe someone had built an actual Cluckin’ Bell, in honor of GTA fans.

BoyWorldWide, the creator of this masterpiece, described the place as an “immersive experience” for the GTA community. I mean, he’s not wrong at all. Users from different parts of the world dreamed of eating in this unhealthy place, and with their creation, it was finally possible.

However, the outlet was held from July 21 to July 24 and closed once ComicCon closed. It was located at 14035 Midland Road, Poway, CA 92064. The creators tried to give a hands-on experience, as fans could also spot its workers wearing the iconic outfits. Apart from that, fans also saw a poster of Trevor Phillips which read “DO NOT SERVE” as the title, with the reasons listed below. Users enjoyed delicious burgers, fries and “Srunk”, as shown in the video below.

Rockstar will soon release a massive update for GTA Online

Rockstar previously announced a new expansion for GTA Online that will be released soon. With its release, they plan to make the game much more interesting, as they want to get the hype for GTA 6 off the ground. 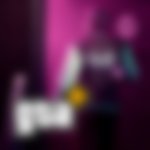 Here’s what they said about GTA online. “The economy of southern San Andreas is in crisis. Gas prices have reached their highest levels in decades, supply chains are in upheaval and a fierce heat wave is gripping the state. Introducing GTA Online: The Criminal Enterprises, available July 26. »

So, with Rockstar aiming for another addition, it’s hard to predict when GTA 6 will be released. After all, the franchise only informed about the game’s production but never released an official statement regarding anything. either else.

WATCH THIS STORY: The biggest celebrities who lent their voices to the popular GTA franchise

What do you think about this? Are you happy to see a Cluckin’ Bell in real life? Let us know your experience if you had the chance to visit this place during ComicCon.