In the fourth episode of She-Hulk: lawyer, Jennifer (Tatiana Maslany) is enlisted by Wong (Benedict Wong) to legally stop a stage magician named Donny Blaze (Rhys Coiro) from using the actual magic he learned before he was kicked out of Kamar-Taj for use unethical magic. Donny never completed his training, so his use of the mystical arts is dangerous. Meanwhile, Jennifer enters the dating world when she creates a profile on a dating app, but gets no attention until she changes her profile to suit. She-Hulk. In the middle of her first good date, Donny opens a portal that releases dangerous creatures and Jennifer must help Wong fix things.

I enjoyed this episode more than the last couple probably because more seemed to be happening. We get She-Hulk, actually fighting as well as further plot and character development. The theme of the episode centered around finding a match, Jennifer and Wong both find someone, even if it’s only temporary. I think it highlights, in a humorous way, the difficulties of dating these days and how lonely it is as a superhero. I enjoyed the episode’s social commentary that the sad truth is that no one of real worth cared about Jennifer as herself, and only cared about She-Hulk, which emphasizes the very visual nature of our society obsessed with appearance over reality. Tatiana is still amazing as Jennifer/She-Hulk, tackling both the comedy and drama of each scene beautifully. I didn’t notice any special effects that stood out as completely unrealistic, although it still felt a little off in some scenes. The use of absurd comedy, particularly around Wong, seems a bit over the top. All the actors have excellent comedic timing, but there seems to be a bit too much of it. 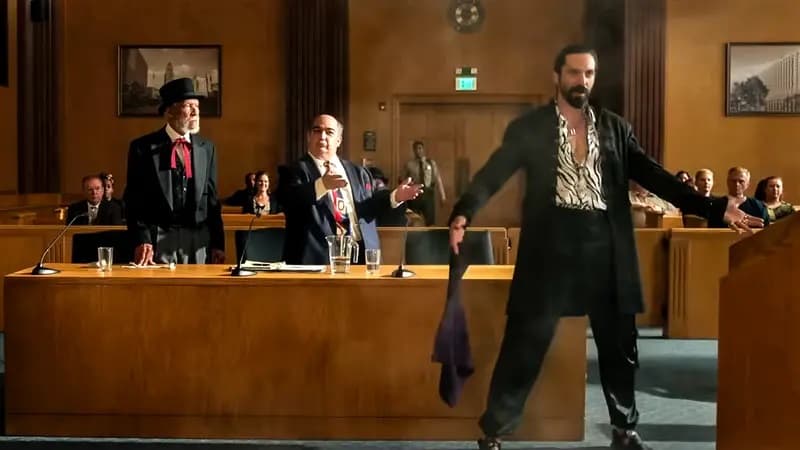 It was speculated early on that the character of Donny Blaze would somehow introduce Marvel’s Ghost Rider to the MCU, and it may still be. There was talk of demons and done deals and lots of fire-themed tricks in his “magic show”, but as far as I know there is no character in the Marvel Comic Universe named Donny Blaze, but it looks like it might be a combination of Johnny Blaze and Danny Ketch, who both served as Ghost Rider in the comics, and might just foreshadow what antiheroes will look like in the future. We’ll just have to wait and see. Rhys is also the husband of director Kat Coiro, who directed 6 of the 9 episodes of She-Hulk.