Following the release of lost world, the special effects of the time will change and evolve. One of the most significant developments in cinema came in 1927 with The jazz singer. This movie introduced sound to movies and ushered in the days of walkie-talkies, as they were then called. At the same time, Fritz Lang was releasing a groundbreaking film titled Metropolis.

Metropolis is described (by Wikipedia) as an expressionist sci-fi drama. It was based on a novel of the same name, written by Thea von Harbou. film for Metropolis took place over 17 months at a cost equivalent to $21 million in today’s currency. The effects for the film were directed by German cinematographer, Eugen Schüfftan, and involved miniatures and a very specific camera technique using mirrors. The Schüfftan technique used mirrors to give the impression that the performers were interacting with miniatures.

Another effect of Metropolis included the Maschinenmensch, a robot built by a character from the film. To make the robot, a full-body plaster cast was taken of the actress and costumes were then built around it. The costume made for the actress, Brigitte Helm, allowed very little movement but made the transformation of the robot into a real person an outstanding visual. 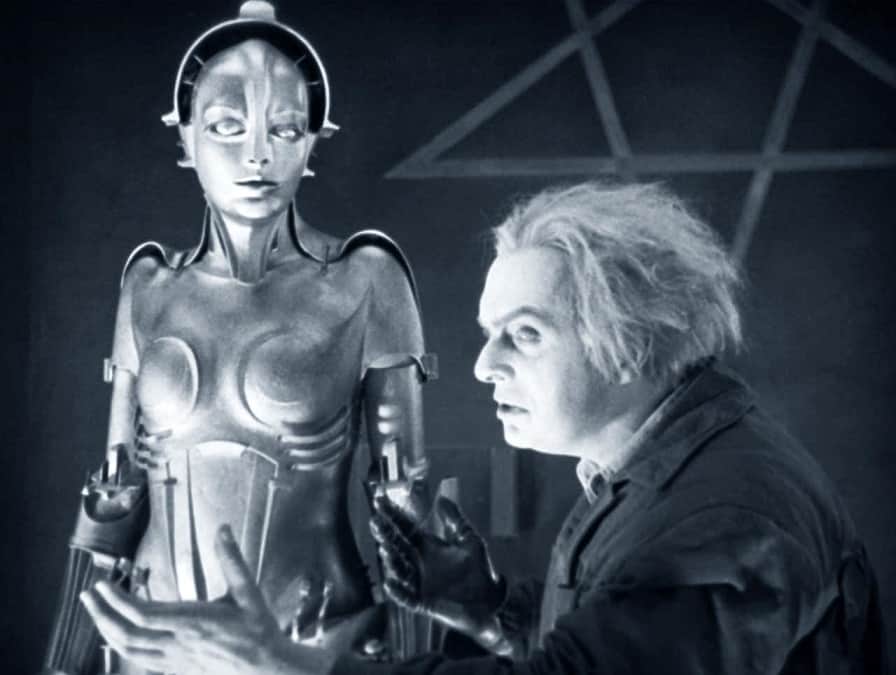 Almost every sci-fi movie to follow owes some of its success to Metropolis and pioneering effects in film.

James Whale changed the cinematic landscape in the early 1930s with the film, Frankenstein. It was the first film to use a technique where a realistic background was painted onto a sheet of glass but leaving an empty space where the action of the film happened. This effect has been called matte glass painting and Frankenstein pioneered a technique that would be used in 1977 on an obscure movie that a few people might have heard of, Star Wars: A New Hope. 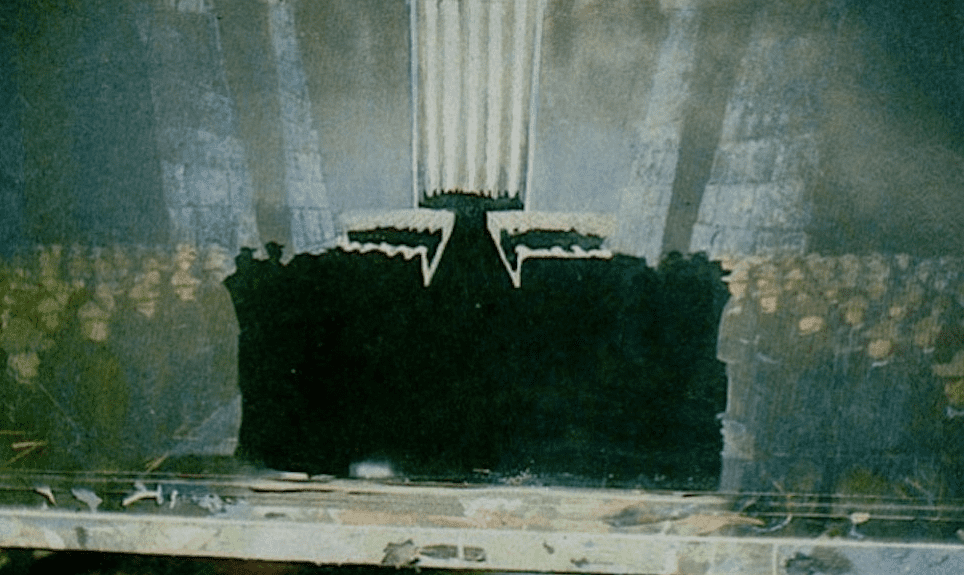 (A glass matte painting of a little sci-fi movie from the 70s.)

(The finished piece from “Star Wars: A New Hope”.)

Willis O’Brien, one of the greatest special effects technicians, was called upon in 1933 to lend his talent to King Kong. The rear screen projection would provide many of the film’s backgrounds, while the wireframe and stop motion animation would give the film much of its action sequences. O’Brien’s animation gave the audience one of the standout scenes, where the main character shoots flying planes while standing at the Empire State Building. 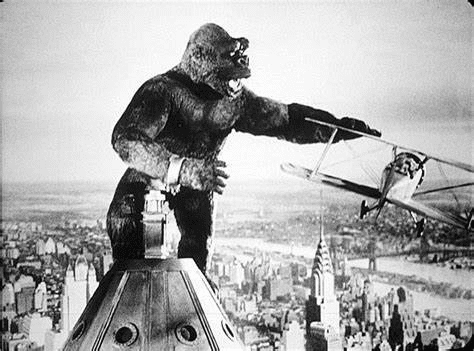 O’Brien and his assistant, Buzz Gibson, worked on the stop motion pieces. Due to an ever-changing filming schedule, a surface gauge was used to avoid inconsistencies in miniature lighting. The scene between King Kong and the Tyrannosaurus lasted a full seven weeks.

One of King KongThe most difficult effects were an overall challenge of making live action and stop motion look seamless. The Dunning process, invented by Carroll H. Dunning, used filtered blue and yellow lights. Black-and-white film used bi-packing, a process where two strips of film would be used at the same time. These two processes allowed actors to interact with miniatures. Frank D. Williams invented a process using an optical printer. This is a machine using one or more projectors connected to a camera, allowing the filmmaker to refilm one or more pieces of film. The Williams Process was used in the scene where King Kong pushes the doors open. Use these different processes on the same film made King Kong a reference of his time. 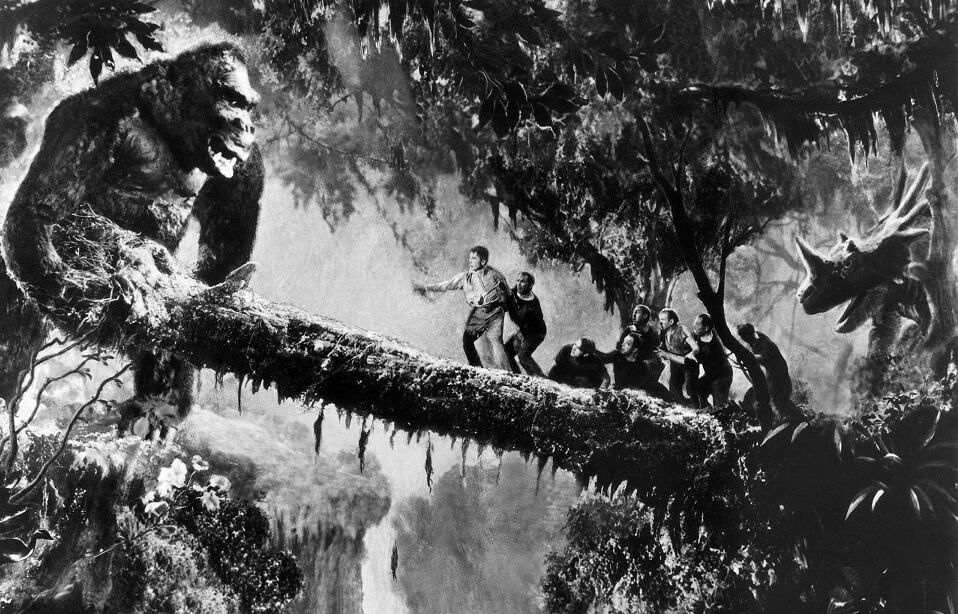 (Real actors seem to walk through a log while being rocked by a miniature model of Kong.)

The late 1930s would introduce another revolutionary effect for movie audiences. Lead Director, Victor Fleming will bring the color effect to the screen with The Wizard of Oz. 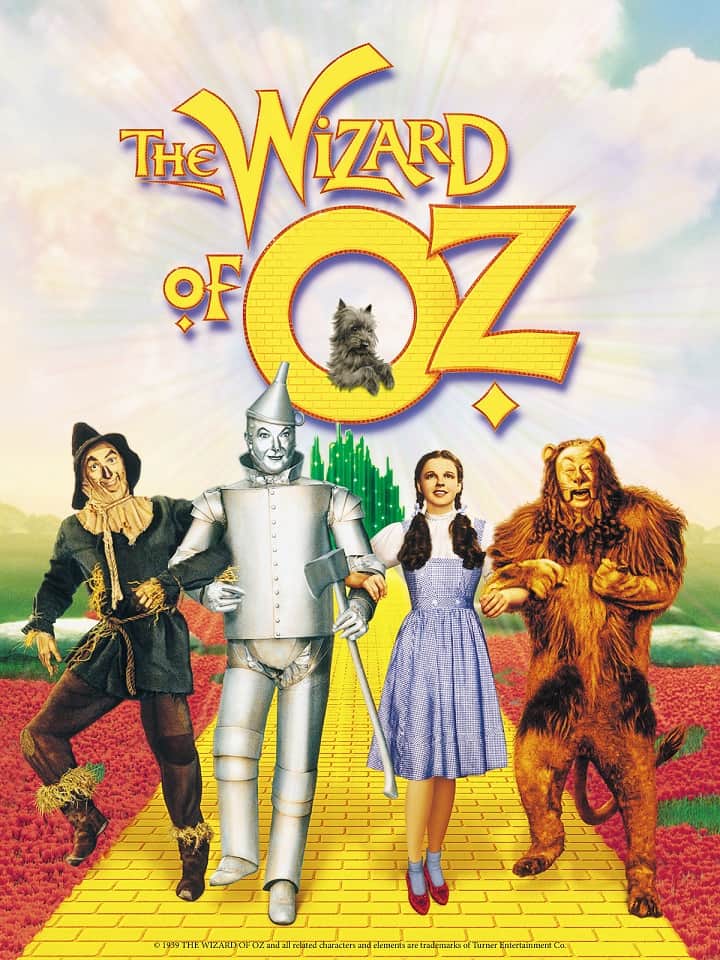 The first version of what was called Technicolor dates from 1916. Technicolor (according to Wikipedia) uses “three black and white films passing through a special camera (3 band Technicolor or Process 4)”. Each of the black and white bands registers a different color, and the bands would be processed together. Technicolor uses brilliant, often garish colors that exceed the red-green spectrum of previous films. It did not require any additional projection equipment. 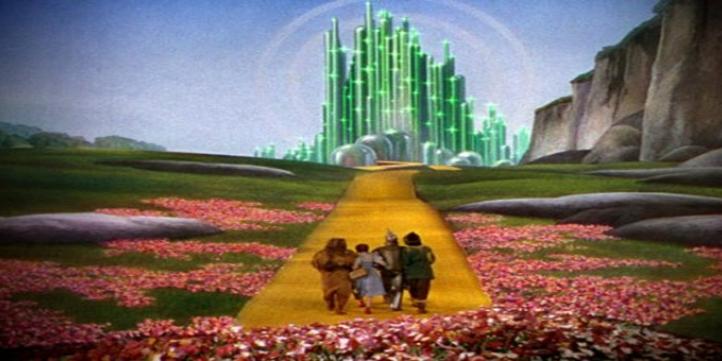 (The “seam” of the Emerald City matte paint can be seen at the point where the poppies end.)

Another film to use the Technicolor process to great effect was 1939 carried away by the wind. 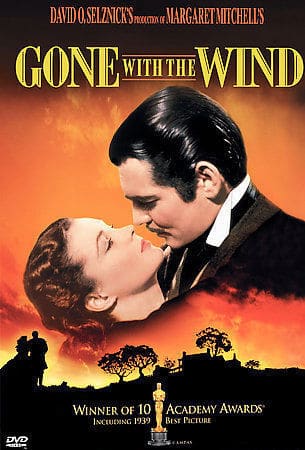 He was a leader in the idea of ​​virtual reality. Artist Jack Cosgrove and his assistants worked with the flat paint on 30 to 40 inch glass panels. These panels, called Cosgrove Shots, were combined with footage from the film to create a place for the action. Hundreds of them Cosgrove Shots were produced, including Tara’s O’Hara Farm. During construction of the main set, matte paintings of the surrounding sky and trees were added to the set and background of the film. The long shot of cars entering Twelve Oaks is also a combination of flat paint and film footage. Guests arriving at Twelve Oaks used an actual entrance built on a soundstage. The landscaping, house columns, windows and vines growing on everything were created using matte paints, or Cosgrove Shots. 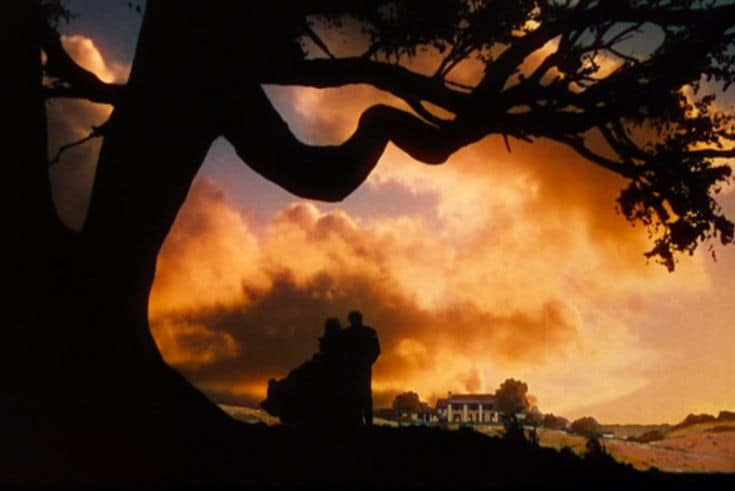 Cameras using Technicolor were difficult to transport and required color consultants to get the right finished product. The process also required twice as much lighting to get a decent scene. In order to capture the right visual, carried away by the wind would require technical advisers and a crew that could give producer, David O. Selznick, the wealth he wanted. Filming for the film began on January 26, 1939 and ended on July 1 of the same year. Lee Garmes, the film’s original cinematographer, was fired because he wanted a more “subdued” scheme. Technicolor made possible the rich, vibrant colors the film is known for.

The last Technicolor feature film was produced in 1955.