Season 3 of Amazon Prime’s hit show The boys, picks up a year after the events of season two, where Stormfront (Aya Cash) was exposed as a white supremacist Nazi. Homelander’s (Antony Starr) popularity with the public is declining due to his romantic involvement with Stormfront, and Starlight’s (Erin Moriarty) ratings are higher than ever, prompting Vought Industries to make Annie/Starlight co-captain of the seven . Billy Butcher (Karl Urban) is the father figure to Ryan (Cameron Crovetti), the son of Homelander and Butcher’s wife, Becca. Hughie (Jack Quaid) is now officially dating Annie and working for the Bureau of Superhero Affairs under Congresswoman Victoria Neuman, who has her own secrets. The Bureau uses “the boys” to apprehend problematic Supes who are causing trouble. Homelander has become extremely mentally unstable and everyone still seems terrified of him, but “the boys” discover that there was a weapon used in the past that possibly has the power to kill Homelander and end his reign . The race is on to find the weapon before Homelander does more damage.

I have to be honest. I’m conflicted on this series, but that’s a personal feeling and doesn’t reflect the actual quality of the production. First of all, the series is very well written, the plots are intriguing and interesting and never boring. The idea of ​​superheroes being controlled by corporations and ratings is an interesting and terrifying thought. The cast is truly amazing and does a great job. There’s something magnetic about Karl Urban’s Butcher. He’s a ruthless killer who does what needs to be done, no matter the cost and no matter the consequences. He’s not a nice person, but for some reason you like him anyway. Hughie and Annie are the real heroes of the series. Both have their own troubled pasts and have done things they are not proud of, but they are good people trying to do things the right way, the problem is the world they live in doesn’t allow it. , and they’re continually having to make the hard choices to do things they regret. 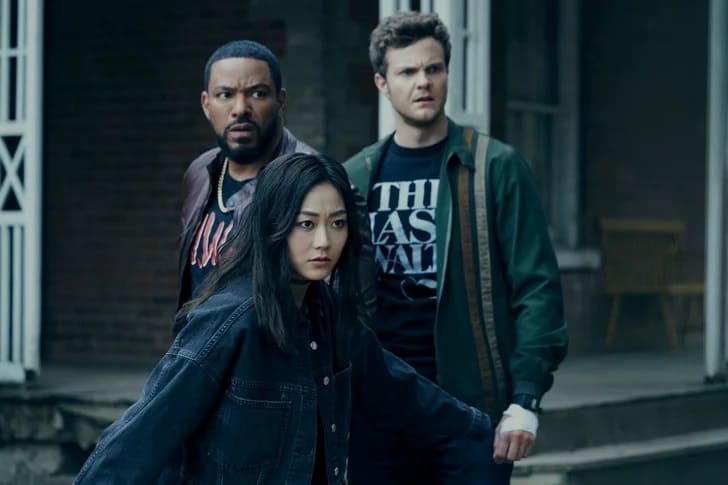 I have some personal issues with the show. Continual death and violence that are grotesquely displayed. There isn’t an episode where the audience doesn’t see someone’s head exploding or their intestines being ripped out. I know that’s a draw for some people, but that’s just not my style and aside from the gore, the death toll in this series is almost unbearable to me. I get nervous every episode waiting for one or two likable characters to be killed off, that might be a draw for some people, but I’m tired of senseless killing in both fictional and real worlds.