The Munsters: this comedy is dead!

The original Munsters TV show aired on CBS from 1964 to 1966 and was a comedic satire of the all-American family, as it is often portrayed in sitcoms of its day. As a satire, he was able to use comedy as a kind of mirror to the American way of life and teach lessons audiences may not even have been aware they were learning. In 2020, a speech given by Herman in the 1965 episode, “Eddie’s Nickname” went viral: “The lesson I want you to learn is that it doesn’t matter what you look like. Whether you’re tall or short or fat or thin or ugly or handsome – like your father – or you can be black, or yellow, or white. It doesn’t matter. What matters is the size of your heart and the Strength of Your Character As in the speech, the series had heart and strength of character, which I’m sorry to say is sorely lacking in the 2022 film’s prequel.

Rob Zombie attempts to reboot the franchise by telling us how Lily (Sheri Moon Zombie) and Herman (Jeff Daniel Phillips) meet, fall in love, and eventually marry. There is a loose conspiracy surrounding their court and Lily’s father, the Earl’s (Daniel Roebuck) dislike of Herman. A subplot involving the Count’s ex-wife attempting to rob their ancestral home also comes into play and provides the impetus for the families to move from Transylvania to America. The film retains the period of the original series and is set in the 1960s, which gave the film its own sense of glitz and style. At first, I wasn’t sure I liked the aesthetic of the production, but as the film progressed, I came to like it. The use of neon green and bright blue, along with backdrops that look like they’re straight out of the old sci-fi movies we watched about creatures as kids, and simple colorful animated backgrounds were probably the best part of the movie. 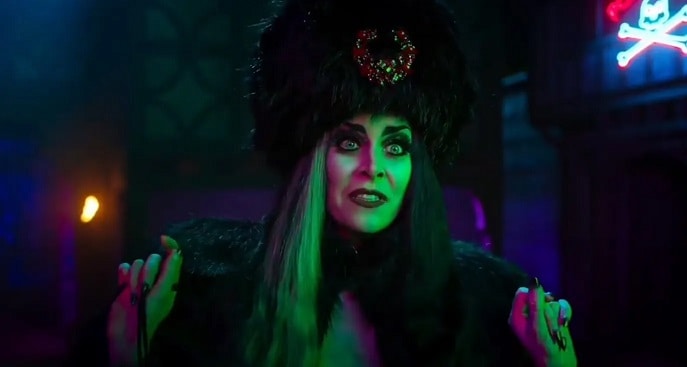 The story is a bit confusing and doesn’t flow well making the film’s pacing jerky and uneven. Zeuss’ music felt out of place, adds no emotional connection to the scene, and takes the audience out of the period. The script is full of gags and one-liners that never really hit home, I laughed a few times, but never really laughed. There are a few performances that aren’t too bad. Jeff Daniel Phillips as Herman Munster captures elements of Fred Gwynn’s original character, particularly in the vocal patterns. I almost didn’t recognize Jorge Garcia (Hurley, Lost) who plays a hunchback named Floop, his vocal intonations are very different from anything I’ve seen him play, and I was impressed. Unfortunately, the good performances were hampered by some of their over-the-top counterparts and the lack of comedic timing. Rob Zombie must always call on his wife Sherry in everything he does, resulting in a Lily Munster without the sparkle and finesse of Yvonne De Carlo. Plus, we don’t get a Marilyn Munster whose “normal” appearance provides funny stuff as the family looks on in pity that she’s so “plain.” And, this being the story of Herman and Lily meeting, we don’t have Munster’s son, Eddie. 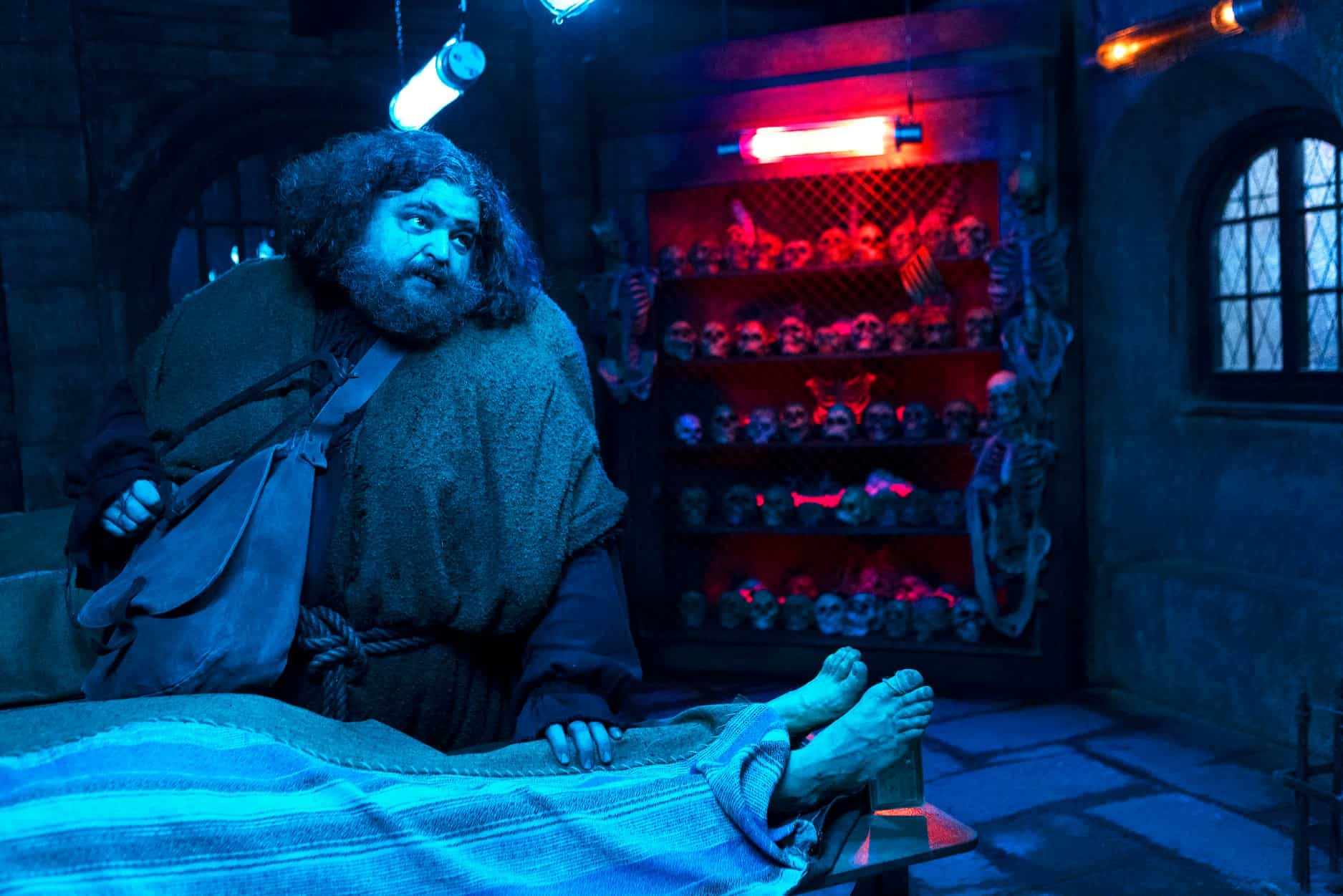 The real problem with the movie is that it didn’t retain a sense of subtle satire. The film spent way too much time immersed in the world of monsters when the real laughs of the original series came from the fact that the Munsters were this distant family surrounded by a world of ordinary people. The humor originally came from the characters thinking they’re normal, with their monstrous differences handled factually, adding comic satire and irony. The film lacked any subtlety and instead opted for site gags. Rob Zombie left aside what made the success of Munster, its true heart!
There were two films featuring the Munsters. The first was Munster, go home! (1966) which was produced immediately after the television series ended production. It featured the original Marilyn-less cast of Pat Priest who was replaced by Debbie Watson. The plot had Herman inheriting an English mansion known as Munster Hall from Cavanaugh Munster, so the family packs up and heads to England. It should be noted that Herman’s British parents do not look like monsters. Another movie, a made-for-TV movie came much later in 1981 and was called Revenge of the Munsters. It brought together the original cast of Fred Gwynn, Yvonne De Carlo and Al Lewis for the last time, with the roles of Marilyn and Eddie being recast.
A new series Munsters called The Munsters today ran for 3 seasons in syndication from 1988 to 1991 and starred John Schuck and Lee Meriweather as Herman and Lily.
In 1995, Fox hosted a Halloween special on October 31 titled Here come the Munsters which starred Edward Herrmann as Herman, Veronica Hamel as Lily, and Robert Morse as Grandpa.
In 1996, another made-for-TV movie titled Munster’s Spooky Little Christmas has been diffused. It featured another new cast in Sam McMurray as Herman, Ann Magnuson as Lily, and Sandy Baron as Grandpa.
Finally, in 2012, NBC commissioned a new but very different Munsters series from producer Bryan Fuller (Hannibal) which would have been a one-hour comedy-drama titled Way of the Mockingbirds. NBC really didn’t know what it wanted and crashed the series revival and aired the pilot as a commercial-free Halloween special against stiff competition from other networks.
Have we seen the end of the Munster family? Probably not. America also seems fascinated with the Monster Family and the Addams Family and keeps resurrecting them from time to time. There’s a timelessness to these characters that teaches us that while our neighbors may not look like us, they really do look a lot like us, just families trying to get by in this goofy, crazy world.